You’re a seasoned SharePoint developer at an IT company called Hamburger.

One morning, as you’re busy with client work on three intranet projects that are all overdue, your line manager Norman staggers to your desk. He had a rough night. He tells you to drop everything and build a proof-of-concept Office 365 web part.

The developers around you snicker.

You tell Norman it’s called an add-in and he furrows his brow. He’s been treating you badly since Monday, when you accidentally clocked too much time against his well-structured project plan. That may have been on purpose.

“The customer is still deciding which Microsoft Partner to sign with,” Norman barks. “We need this employee onboarding P.O.C to show them we know about Office 365 add ons.”

“Add-ins,” you repeat as the brawny man shuffles to the group standing near the coffee machine. He’s checking in on their timesheets.

“Oh, and Barnaby,“ he hollers from across the room. “It’s urgent… We need it today.”

You’ve been trying to find the person who has access to the company’s Microsoft licenses. Everyone thinks it might be Sydney, and a quick skills search in your company's amazing employee directory confirms their suspicions.

But Sydney left the company 6 months ago.

You’re strapped for time so you devise a crafty plan.

“I’ll just sign up for a Developer trial,” you figure. “Then I can get this out before Norman gets me in trouble again.”

You hit Microsoft.com and spend the better part of two irreplaceable hours of your precious life browsing the Microsoft labyrinth until you finally locate the sign-up form for the Office 365 Developer Program.

The page says you get a free, one year Office 365 developer account, which is exactly what you need.

“I’ll be out of here within a year anyway,” you chuckle as you hastily fill out the form.

Before hitting Finish you make sure to tick the communication boxes because you definitely want the tips and exclusive offers. Just last week you got a 5% discount on Student licenses for Microsoft Commerce Server, plus a free Hyper-V training eBook. You haven't had such a great deal since those Christmas socks two years ago.

You stumble through the remainder of the sign-up wizard and eventually get to the part where it asks you to create a user ID, so you quickly punch in your details to complete the sign-up process.

You give yourself a mental high-five for being so resourceful.

You don’t realize it yet, but you’ve just made a boo-boo.

What you’ve just done is claimed the tenant name “hamburger.onmicrosoft.com” against a developer subscription, and in a few months time you’ll learn why you probably shouldn’t have done that.

And what an eventful few months it was.

You did end up building an amazing employee onboarding proof-of-concept in a single evening, but your company lost the deal to your closest competitor: a boutique SharePoint consultancy named Hotdog. You only had four Microsoft Certified Professionals and Hotdog had five, plus a Microsoft Certified Trainer, and that stuff matters.

It also turns out the head sales guy at Hotdog took the client to more business dinners, which was the real reason they sealed the deal. The calamari was out of this world, or so you heard.

Your line manager was arrested for DUI. After a hairy night in jail and two months of community service he left the company for “personal reasons.” The office became a lot brighter after that.

Oh, and you were promoted to Lead SharePoint Developer. You have the same responsibilities as before though. And you’re getting paid the same. But at least you’re the officially designated team leader (which you were kinda doing before anyway) and it looks nice on your LinkedIn profile.

But the most exciting thing that happened in the last few months is that your company finally decided to migrate to Office 365.

In fact, it’s happening this week.

Get the latest posts delivered right to your inbox

Seymour startles you as he plonks himself on the edge of your desk. You hate it when people sit on your desk.

“Hey Barnaby,” asks your colleague in his raspy voice, “I’ve been trying to set up our Office 365 tenant but it keeps complaining that hamburger.onmicrosoft.com is already taken. Didn’t you do something with that a couple months back?”

“Uhh, yeah?” you reply, irritated that your mental map had just disintegrated. You glance briefly at the cartoon you stuck on your cubicle wall last year:

You tell Seymour you had set up a Developer trial for your proof-of-concept add-in a few months ago and you might have used the company name there.

“Just use hamburger2?” you quip as you fix the alignment of your pens, secretly hoping he gets the message to leave you alone and to never sit on your highly organized desk again.

“No way! We are Hamburger… we want hamburger to be our URL so everyone can find it easily.”

Seymour scratches his orange mustache then adds, “You do know that your tenant name becomes your SharePoint URL too right?”

“I didn’t know that,” you tell him, realizing you’re not going to get much coding done until he gets what he wants. “Ok then, let’s upgrade the one I created.” You open your browser and try to remember which of your four Microsoft accounts you used previously. A few forgot password attempts and you’re in.

You navigate to Admin center > Billing > Subscriptions and note that your Developer trial is still active.

Seymour says he purchased a bunch of Office 365 Enterprise E3 licenses with the company card, so you click Add subscriptions and look for the Enterprise E3 plan.

You see 12 options, but Enterprise E3 isn’t one of them. In fact, none of the standard Office 365 plans are listed.

You navigate to the Office 365 plans & pricing page just to make sure you’ve got the names right.

Yip, the names are right. Nope, none of them are listed.

You do some research to see if it’s possible to upgrade your Developer trial to the Enterprise E3 plan your company needs, but everything ends up at a dead end. There were some promising leads such as the Switch Plans Wizard but that option just wasn’t available on your Developer trial.

Seymour thinks for a moment, then offers a potential solution.

“What if we just cancel your Developer trial?” he suggests, “Then hamburger.onmicrosoft.com will become available again and we can sign up with our E3 licenses.”

“Good idea,” you say as you click Cancel trial in the actions menu.

The following page mentions something about your data still being available for 90 days.

You’re confused, and so is Seymour. He scratches his mustache again.

You say out loud what both of you are thinking: “So that means our name won’t become available until this 90 day period ends?”

A bit of Googling leads you to the fact that, after cancelling a trial, it can take months for a tenant name to be purged from Microsoft's systems.

You also learn that it’s important to choose the right tenant name from the start.

You’re a software engineer, and engineers find solutions to things.

“There must be a way to fix this!” you declare. “Microsoft wouldn’t have just released this without giving us a way.”

Suddenly it hits you. “Let’s just change the tenant name to something else? Then the original name will become available again. Maybe there’s a rename option?”

You poke around the Office 365 admin portal trying to find a rename function but of course it’s not there. You hit Google.

Turns out you can’t rename your onmicrosoft.com domain:

You can’t rename the onmicrosoft domain after sign-up. For example, if the initial domain you chose was fourthcoffee.onmicrosoft.com, you can’t change it to be fabrikam.onmicrosoft.com. To use a different onmicrosoft.com domain, you’d have to start a new subscription with Office 365.

You also discover that you can’t rename your SharePoint team site either:

If you must change the name of a team site, you will need to create a new Office 365 account and use the name that you want to use for the onmicrosoft.com domain as part of sign up.

So that’s it then.

All 499 employees in the company now type four more characters than they would have had to if only you had known not to use your company’s official name as the tenant name on your Office 365 development environment.

Get the latest posts delivered right to your inbox 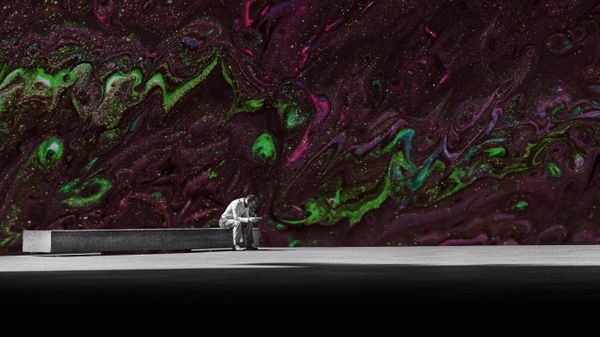 When signing up for an Office 365 Developer Trial, the tenant name you choose is permanent. Once created, your Office 365 tenant name cannot be changed. 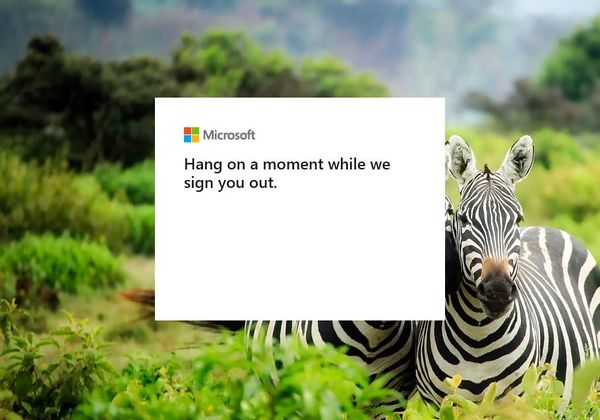